On our Fresh Cut this week we featured Taylor Swift’s new version of “Love Story”.  This brought the question, why?

For those that don’t already know the answer to this, I thought I would share the abbreviated scoop from this very dramatic story.

Taylor does not own the master recording on anything she recorded prior to 2019 when she recorded “Lover”. When she originally signed her recording contract in her teens with Big Machine Records they owned the copyrights of the recordings or “master”.  The artist gets paid a percentage of the revenue generated but they are not in control.

She changed that part of her deal when she signed with Universal Music Group in 2018; she passionately believes an artist should own their own work.

She announced last week on Good Morning America that she is rerecording one of her first albums, “Fearless” and it will be released on April 9th.  She is recording them in the original studio but now she will own the masters of these recordings.

It will be a good monetary move for Taylor as well as a personal victory. The original masters were sold by her former label to manager Scooter Braun; who she claimed bullied her for years.  He has since sold it again for a huge profit and continues to receive revenue from the sale.

She has had a very successful year, as Taylor has already released two albums from her coronavirus quarantine called “Folklore” and “Evermore”.  She had tracks on both albums that she released to country radio, “Betty” and “No Body, No Crime”.

She plans to rerecord all five of her first albums, Taylor Swift, Speak Now, Red, and 1989.

This first one, arriving April 9th, will also include six new never heard songs that were kept off the Fearless album the first time for various reasons.  Written at a young age she said it was very hard to leave those singles behind.

Taylor has more information on the whole story on all of her social media platforms.

As we excitedly await the new recordings and new music, you can hear “Love Story-Taylor’s Version” now on Y102. 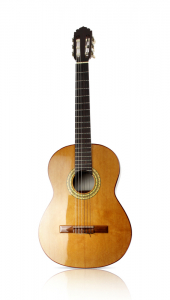 Why are we hearing these songs again from Taylor Swift?

New Love Songs For The Month Of Love

A Look Back At 2020 with Country Music Celebrities