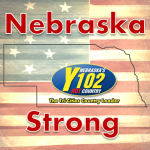 Kearney Catholic has advanced to the class C state softball championship today at 2 in Hastings. The undefeated Stars will play the winner of this mornings elimination game between Bishop Neumann and Guardian Angels Central Catholic. In Class B Hastings will play Norris at 11:30am. The winner will advance to the 2pm championship against Omaha Skutt.

Grand Island High School is letting up to four family members per player from Norfolk to enter its Memorial Stadium for tonight’s football game. Grand Island school officials did not allow visiting parents at the season’s first two home games.

Kearney Volunteer Fire Department will host their annual pancake feed TOMORROW (Saturday) from 6am-1pm at the Fire Station in downtown Kearney. The format will be different this year because of the pandemic. Pancakes will be served in a drive thru format. Attendees are asked to enter in the alley off of 22nd street and go to the north. Cost again will be a Free Will donation.