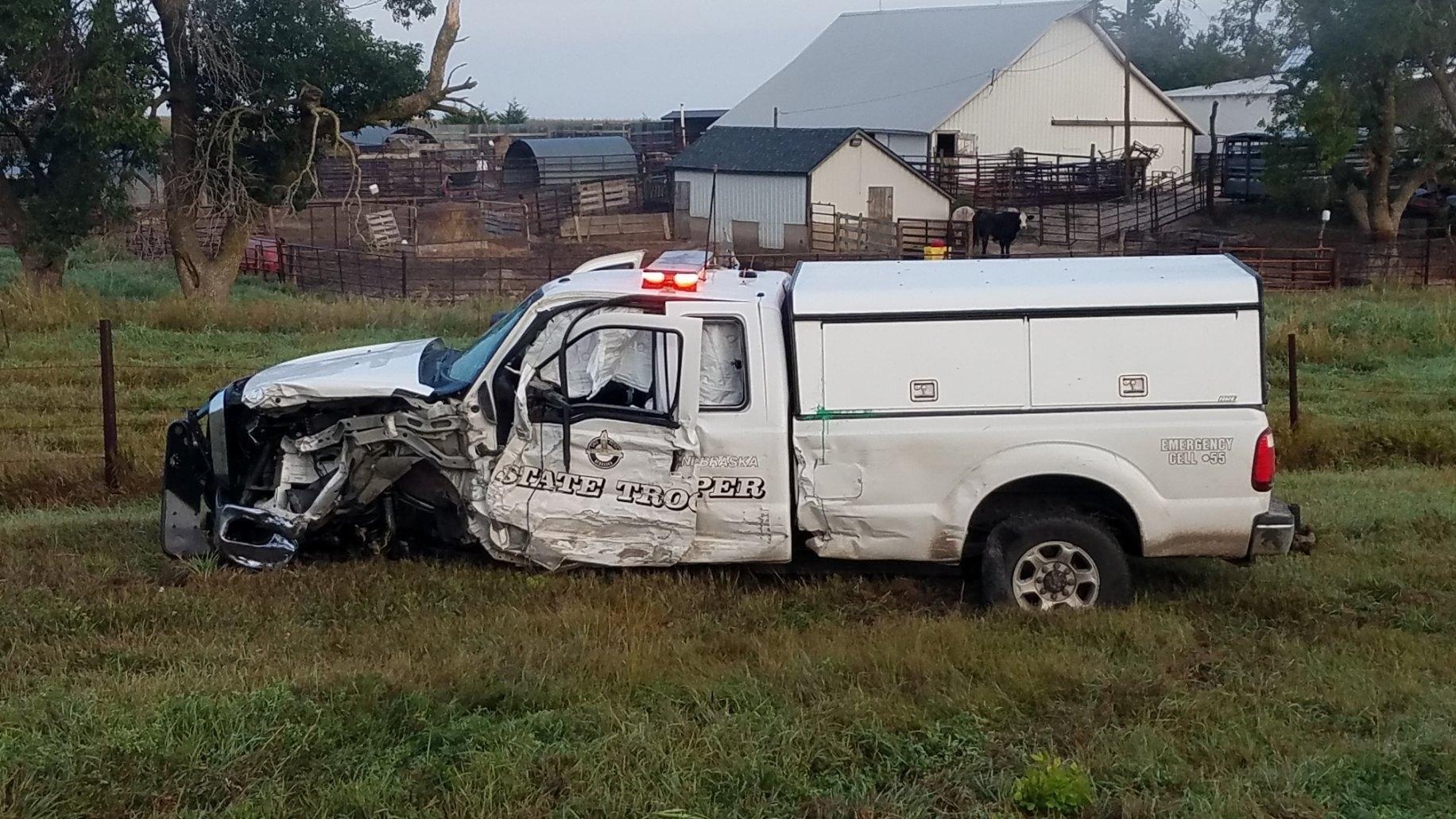 LINCOLN, Neb. – A Nebraska State Trooper was injured this morning when his patrol unit was struck by another vehicle near Dorchester. This morning at approximately 6:50, a trooper was on regular patrol on Highway 15 when another vehicle, a Dodge Ram 1500, crossed the center line and struck the front, driver’s side of the trooper’s Ford F-250 patrol unit.

Both drivers were injured in the crash. Saline County Sheriff’s Deputies responded and called rescue units to the scene. The trooper was able to exit his patrol unit and begin providing care to the other driver before responding units arrived at the scene.

The trooper and driver of the Dodge Ram were transported to the hospital in Crete with non-life-threatening injuries. The trooper was wearing his seatbelt at the time of the crash. He has been treated for minor injuries and released.