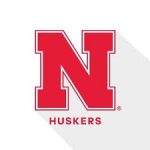 The Davis brothers have earned a spot on NFL rosters. Carlos Davis survived the final cut in Pittsburgh, and Khalil Davis has made the Tampa Bay Buccaneers’ opening-day roster.

Mikai Gbayor, a three-star linebacker from New Jersey, announced his commitment to the Huskers over the weekend. The 6-foot-2 220-pound prospect had narrowed his choices to Nebraska, Michigan State, Ole Miss, Kentucky and West Virginia. He is the 18th known commit, and the fourth linebacker, in the Huskers’ 2021 recruiting class.

Keyshawn Greene, the 4-star freshman linebacker who was one of the highest-rated members of the Huskers’ 2020 recruiting class, is entering the transfer portal. The 100th best overall prospect in the country according to 247Sports, Greene is the third member of Nebraska’s 2020 recruiting class to transfer, following fellow Florida natives Henry Gray and Jaiden Francois.

A NCAA panel is recommending that early-enrolling 2021 freshmen be ineligible to play in a team’s postponed 2020 football season.