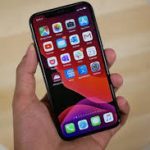 Say good-bye to paper tickets and parking passes on football Saturdays at Memorial Stadium. Nebraska is switching to an all-mobile system. Printed season and single-game tickets — and parking vouchers — purchased through the Nebraska ticket office will not be mailed out this year. Fans will also not be able to utilize a print at home option. Instead, fans will pull up their tickets and parking passes through the new app. Souvenir tickets for football will be available in the official football game day program. The switch from paper to the new mobile app will cover all Nebraska home sporting events, not just football.

Shrine Bowl offficials said all players passed protocols and temperature checks yesterday. Players began reporting for practice in Kearney Monday. Ninety players have been invited to play in the all-star football game, which is Saturday at 2:00 at UNK.

The University of Nebraska at Kearney football program has canceled the 11th Annual Loper Football Backers dinner and scholarship fundraiser. The event was originally set for April 23rd but moved to July 22nd due to the pandemic. Since its inception, the event has generated $1.72 million dollars for Loper football. UNK is set to begin fall camp Aug. 10th with the season opener coming at home on Sept. 12th against Northwest Missouri State.