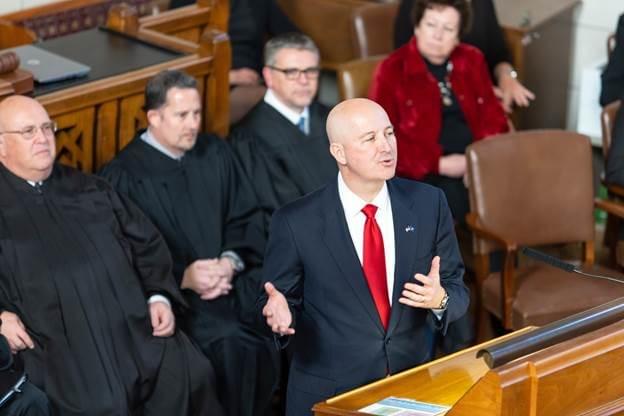 LINCOLN, Neb. – The following is from the office of Governor Pete Ricketts:

“Governor Pete Ricketts wants to remind farmers, ranchers, and agribusiness leaders interested in attending the Governor’s September trade mission to Vietnam and Japan that the deadline to register is June 30, 2019.

“Vietnam is one of the fastest growing economies in the world,” said Governor Pete Ricketts. “With nearly 100 million people and a growing middle class, Vietnam represents a tremendous opportunity to increase our state’s agricultural exports. We also look forward to returning to Japan to grow trade with one of our longest-standing and most critical international partners.”

The trade mission is scheduled for Sept. 3-10 to Hanoi, Vietnam, and Tokyo, Japan. Space is limited, so people interested in participating should contact Angel Velitchkov, Counsel for International Trade, at angel.velitchkov@nebraska.gov.

“Nebraska-led trade missions open doors and deliver results for farmers, ranchers, and agribusinesses,” said Nebraska Department of Agriculture (NDA) Director Steve Wellman. “It’s a great opportunity for people in the ag community to tell the story of Nebraska agriculture and to show consumers around the world the quality ag products that we have to offer. I encourage Nebraska agriculture representatives to join us on this upcoming trade mission.”