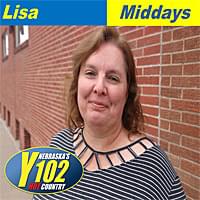 No purchase necessary to enter.

ENTRY DEADLINE: Brackets must be completed one (1) hour prior to the tip-off of the first game on March 21, 2019. All times local. One entry per person, one winner per household.

The Bracket Challenge is an online bracket contest sponsored nationally by UPICKEM/Second Street Media.   The rules for the national contest are available at the registration site on KRNY-FM:

KRNY-FM will also offer a prize to a local winner, based on your entries in this national contest.

These rules are for local prizes offered by KRNY-FM: only.

TO ENTER: Select the Bracket Challenge link on www.KRNY.

You must register on the UPICKEM section of the website to play.

Brackets will be available following the announcement of the participating teams, scheduled for Sunday, March 17, 2019.

ENTRY DEADLINE is one hour prior to the tip-off of the first game on March 21, 2019.

In the event of a tie for the highest score in any round, the winner for the round will be randomly selected from among the tied participants.

In the event of a tie for the highest overall score, the computer takes those tied participants and applies the “Score Approximation Formula” outlined below to determine the Grand Prize winner.

1. Subtract what the participant chose as the score for the winning team from the actual winning team’s score and square this value.

The participant with the lowest “Score Approximation” will be deemed the winner.

PRIZES:  Winners will be notified via email.

LOCAL PRIZE LIST: Local winner of each round will receive a $10 gift card from Jersey’s Sports Bar and Grill of Kearney.

The Grand Prize will be a free Body Armor Sport Drink Product for a year – 24 can case per month from Coca Cola Distributors. Retail of total prize value $240.

SEE UPICKEM FOR NATIONAL PRIZES NOT ASSOCIATED WITH THIS LOCAL CONTEST.

For the local prizes, determination of prize winners, verification of eligibility, and compliance with these rules will be conducted by the KRNY whose decision will be final.

All entries become property of Station and will not be acknowledged or returned. Station may store and use any of the entries for any lawful purpose including publicity, without further compensation to the entrant. Listeners affirm they own user-generated content to and grant Station a world-wide unlimited license to use the material in any manner.

KRNY, in its sole discretion, reserves the right to disqualify any person for (i) violating any of these rules, (ii) tampering with the entry process or the operation of Station electronic site, (iii) gaining an unfair advantage in participating in the contest, (iv) obtaining winner status using false or fraudulent means or information, or (v) engaging in otherwise unsportsmanlike, illegal, disruptive, annoying, harassing, or threatening behavior.

Prize is deemed forfeited if not claimed by winner within 7 days of winning or within its period of usability.  Forfeited prizes will be disposed of at the discretion of Station management. Prizes may only be claimed at Station’s studio during office hours Monday through Friday between 8:30 am and 5:00 pm. Prizes cannot be claimed by a third-party on behalf of the winner.

Winners must provide satisfactory proof of age, photo identification, and a valid taxpayer identification number or social security number before any prize will be awarded.

In addition, winner agrees to execute an affidavit of eligibility, indemnification and release of liability regarding winner’s participation in the contest and receipt and use of the prize before any prize is awarded.

All federal, state and local laws and regulations apply. Winner is solely responsible for all federal, state and local taxes including any sales taxes. Any person winning over $600 in prizes during any one year period will receive an IRS form 1099 at the end of the calendar year, and a copy of such form will be filed with the IRS. Any additional costs relating to the prizes, and incurred as a result of accepting the prizes, are the sole responsibility of the winner.

Failure to execute any required documents or comply with any of the terms will result in forfeiture of the prize.

RELEASE AND LIMITATION OF LIABILITY:

Unless prohibited by law, contestant’s participation in contest constitutes consent and license for Station, NRG Media and contest sponsors, without any further obligation or compensation to the contest participant, to use participant’s name, voice, biographical data, likeness and user-generated content for promotional purposes in any media in any form now known or hereinafter invented.

Station, NRG Media, their subsidiaries and affiliates, their officers, directors, agents, stockholders, insurers, and employees, and their advertising and promotional agencies and sponsors assume no responsibility or liability whatsoever for damages, loss or injury resulting from participating in any contest or acceptance or use of any prize and are not affiliated with the award or the administration of the nation contest sponsored by UPickEM and Second Street Media.